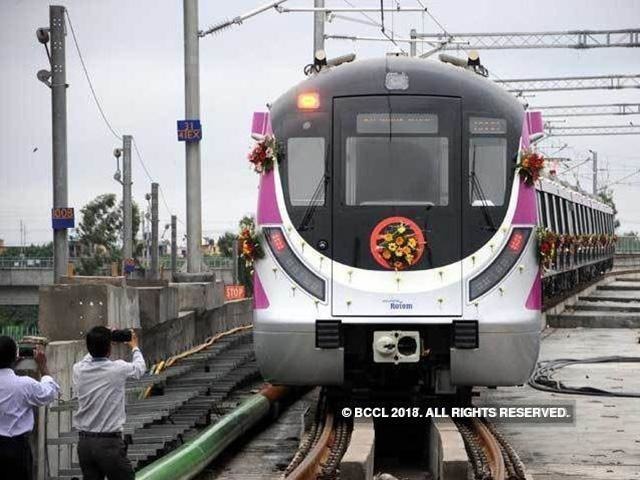 The 23.3-km-long Hinjewadi-Shivajinagar stretch would be the third Pune Metro corridor in the city and is expected to cost Rs8,313 crore.

The state government had approved the proposal for the Metro stretch in the first week of January. According to the Centre’s new Metro policy, the project was awaiting the Centre’s 20% viability-gap funding of Rs1,300 crore. The state is supposed to generate Rs812 crore.

The delay in allocation for the Pune metro had raised questions about the viability of the model. Finally, the central government’s finance department cleared funds for the project.

“The central government’s approval and fund allocation has put the project on track and we should finalize the tendering process and decide the bidder for the project in the coming two months and sign the agreement thereafter,” said Pune Metropolitan Region Development Authority (PMRDA) commissioner Kiran Gitte, who was in Delhi for the meeting with the finance department.

The successful bidder will have to bring in 60% funding for the project — 30% in equity and 70% in debt.

The central government had raised several queries regarding the PPP model, which had even forced PMRDA to keep a backup option and funds ready at the state level through land monetization. Gitte said with the central government sanctioning funds, things would be on track and all approvals will be speeded up.

PMRDA has shortlisted three companies — Tata Realty Siemens, IRB in consortium with Chinese and Malaysian companies and ILFS — who could bid for the project. With the clearance from the central government, the bid should take place by June.

All the stations will be equipped with the latest technology, amenities and state-of-the-art infrastructure. The entire Metro stretch is expected to be monitored by automated technologies.

According to the plan, Metro will ply through Hinjewadi, Wakad, Balewadi, Pune University and Shivajinagar. At Shivajinagar junction, it will align with the other two Metro corridors.

Hi, this may be interesting you: Pune's Hinjewadi-Shivajinagar metro gets Rs 1,300 crore from centre! This is the link: https://bhatnagars.co.in/pune-metro-hinjewadi-shivajinagar/
Call Now
Enquiry