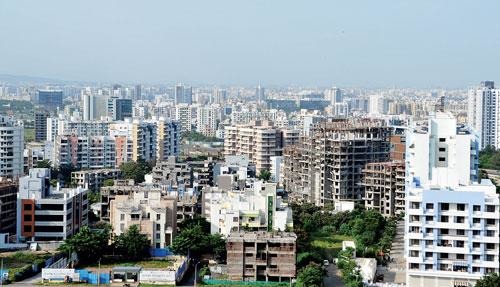 PUNE: The state department of cooperation will soon establish a separate cell to monitor unregistered housing societies in the state.

At the moment, only 90,000 societies registered with the department, prompting officials to take the decision. The cell will also address various issues faced by the societies.

“This has been a long-standing demand as a separate unit can help with registrations and also help societies with their conveyance, auditing issues and check elected members,” state cooperation minister Subhash Deshmukh told TOI.

The minister that a separate cell was essential as too many cooperative societies come under one umbrella and that citizens find it difficult to address existing issues on housing. “There are too many societies under one roof. We need to have a separate wing, which will make the operations of monitoring and execution of the Act easier as there are several housing societies that are not registered. These unregistered societies will come under the scanner,” Deshmukh added.

The new cell is expected to become operational in three or four months. New rules will be formed to safeguard residents’ interests, while a few existing rules governing housing cooperative housing societies will be amended under the Maharashtra Cooperative Societies Act, 1960. As per department data, nearly 2 crore people live in the registered societies. Dealing with just their issues has become a problem as the department also deals with sugar cane, bank and even milk cooperatives.

The cell will look into issues concerning housing societies, like land ownership, registration, redevelopment, deemed conveyance and the like.

Deshmukh said they have formed a panel comprising members of various housing societies to study the issue. The minister expects a report before the monsoon session of the state Assembly.

The committee will explore effective laws and efficient procedures to help society members achieve deemed conveyance (ownership) of a piece of land without any hindrance from builders. Department officials said they would work out clear-cut guidelines for management, conducting repair works and public grievances.

The notification also suggested that the new law take care of the needs of not just big housing societies and townships, but also bungalows and open plots. According to an official the law should encourage quality construction of apartments, transparent transfer of ownership, and routine maintenance.

Radhikesh Uttarwar, an advocate and social activist dealing with these issues, said Pune district has about 18,000 registered societies and that even with the 97th amendment to the Constitution that said adoption of society bylaws is mandatory, several societies continue to function in an ad hoc manner. “Instead of taking penal action (the government) should help societies register,” stated Uttarwar

Y B Chavan, a resident who has had to make several trips to the department to register a condominium in his society, termed the process tedious. “A separate office should help each society easily complete the process,” he stated.

Hi, this may be interesting you: Unregistered housing societies on Maharashtra Government's radar! This is the link: https://bhatnagars.co.in/unregistered-housing-societies-on-maharashtra-governments-radar/
Call Now
Enquiry