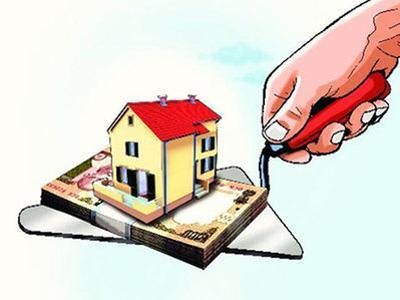 PUNE: The Pune Metropolitan Region Development Authority(PMRDA) will construct 6,415 houses under the affordable housing scheme on a public-private-partnership (PPP) basis in the first phase of the project.

Seven private players have been selected to execute the first phase, which is also the state’s first PPP model in affordable housing, said authorities from PMRDA. The deadline to complete all the schemes undertaken by PMRDA is 2020.

The PPP mode enables a private player to come forward with land, while the authorities will ensure speedy clearances and subsidies for the customers. The PMRDA’s target is to construct 50,000 houses by 2020.

“We have had a positive response from the private players in the first phase, and will initiate more projects to achieve our target,” said PMRDA chief Kiran Gitte, adding that after completing the process for the first phase, they would immediately start on the second phase.

The PPP model had received bids from several private players, from which seven were selected to execute the projects area that falls under the PMRDA’s jurisdiction. While the deadline to finalize the contractors was March, it was extended to April.

The PMRDA officials then announced that the bid was opened on April 13. A five-member team comprising members from Maharashtra Housing Area Development Authority (MHADA) and PMRDA finalized the companies for the project.

As per the rules, 50% of the project launched in the PPP mode should have rates as recommended by MHADA, and that the companies stand to get 2.5 FSI for participating in the PPP mode for the PMAY scheme. The scheme is to be implemented in 382 cities and 832 villages in the state.

The PMRDA had followed the method of evaluation of developers on a scale of 100, and only those scoring 70% were eligible for its affordable housing project. The developers will be assessed on land availability (minimum 2 acres), location of the plot (close to roads, Metro and accessibility), water provision, closest electric substation and the developer’s financial capacity.

Earlier, private developers would have to get land and decide their own deadline, price and location for the affordable housing. The government’s new initiative will see municipalities or authorities tying up with developers to take forward the project where the authorities will help in quicker sanctions and set up a single window system for sanctions and no objection certificates.

According to the PMRDA if the developer meets their criteria, they we will enter an agreement for the affordable housing project. They will design the structure and PMRDA will ensure that all necessary permissions and zone conversions are issued within 30 days.

Hi, this may be interesting you: Seven agencies to build over 6,400 low-cost homes in Pune region by 2020! This is the link: https://bhatnagars.co.in/seven-agencies-to-build-over-6400-low-cost-homes-in-pune-region-by-2020/
Call Now
Enquiry